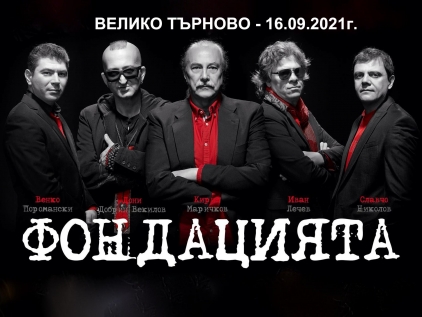 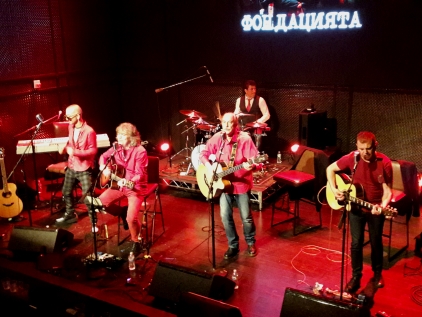 Favorite rock songs of three generations of Bulgarians will sound the summer theater in Veliko Tarnovo.

Kiril Marichkov, Ivan Lechev, Doni, Slavcho Nikolov and Venko Poromanski and each note that marked their golden musical careers created the FOUNDATION in 2013. Since then the supergroup has in its assets hundreds of concerts - three tours in the US and Canada, two European tours, one Asian tour in Tel Aviv, Kuwait, Qatar, Dubai, Japan and South Korea, tour in Australia and New Zealand and make the first round-the-world tour of Bulgarian artists.

All tickets, all parties, all discounts! All you need is here!